The ComDesign TC-500 statistical multiplexer is a telecommunciations device which served to significantly cut the cost of transitting data from remote sites back to host computers by intelligently combining and compressing the data from multiple keyboard terminals over a single phone line to make maximal use of the available modem bandwidth.

The TC-500 was the first product from ComDesign based on Intel 8088 microprocessor which had only just become commercially available as the product was being conceived. I can still remember the Intel rep trying to convince us to pick their processor over the competing one from Zilog. In the final design, the TC-500 included one main microprocessor on the motherboard, and an additional processor on each expansion board.

Below is one of the advertisements which appeared in ComputerWorld magazine. 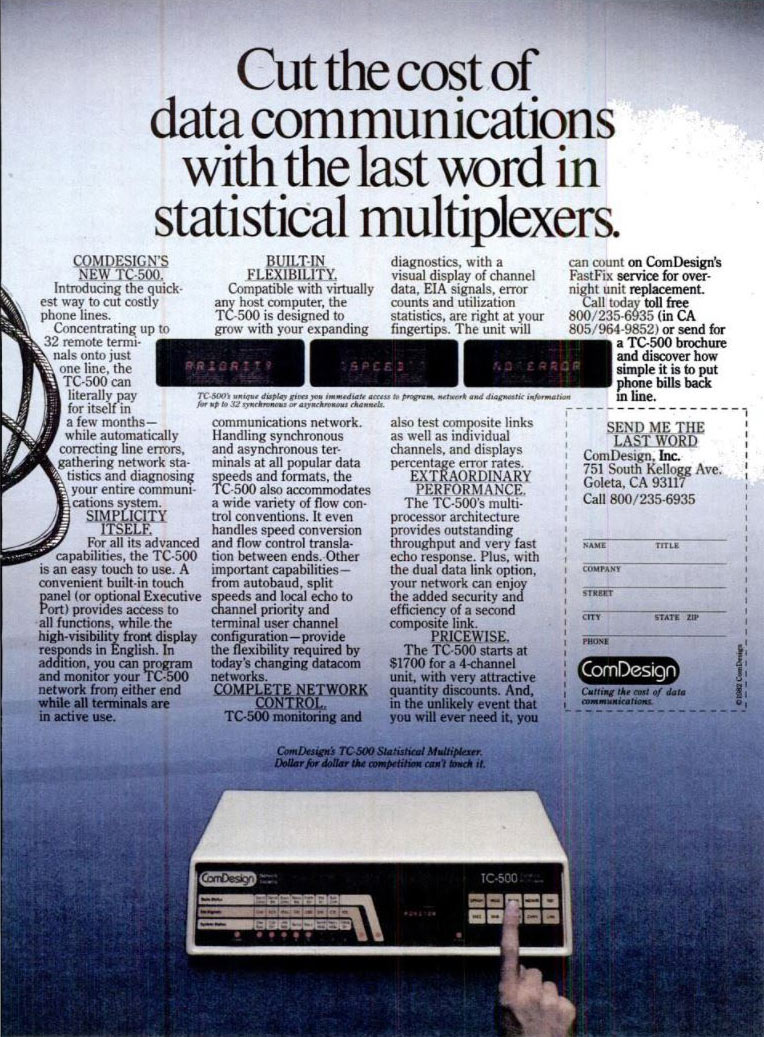 I started at ComDesign as a technician troubleshooting and repairing digital circuit boards when the company was just starting out and had only a handful of employees. Shortly thereafter I was promoted to a hardware engineering position when the development team was being assembled to begin work on the TC-500.

My role included designing RS232 expansion boards and later writing diagnostic firmware in 8086 assembly language as we initially brought the prototype boards to life in the lab. It was such a rush see the word "hello" show up on the tiny display for the first time once we worked out some of the kinks.