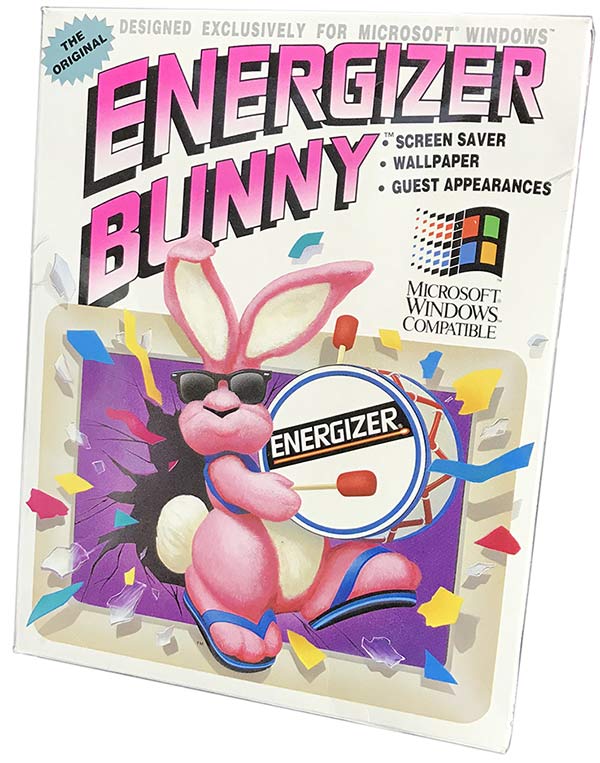 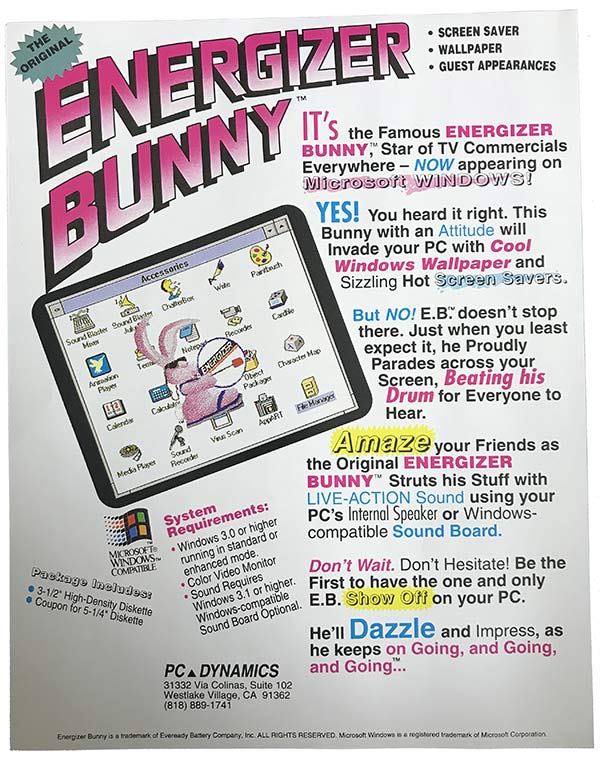 PC Dynamics licensed the rights to this iconic hare and introduced the Energizer Bunny screensaver for Windows in 1993. I was desperate for a Windows product and I needed something bite size. Somehow, this idea popped into my head one night while I was staring at the ceiling. On a lark, we called Eveready that next day and pitched the concept, and much to our surprise, they said yes.

The EB screensaver was a sensational hit. It was topping the charts and we were shipping it to distributors by the truckload. It was a fun time.

Here are some of the scenes for the screensaver, wallpaper and guest appearances. Color was still limited in those days. The grainy art was because we were constrained to 16 colors for most of the animations and it was necessary to dither the pixels to simulate certain colors.

The media had quite a field day with this product. It was fun to write about, so we got a lot of press. 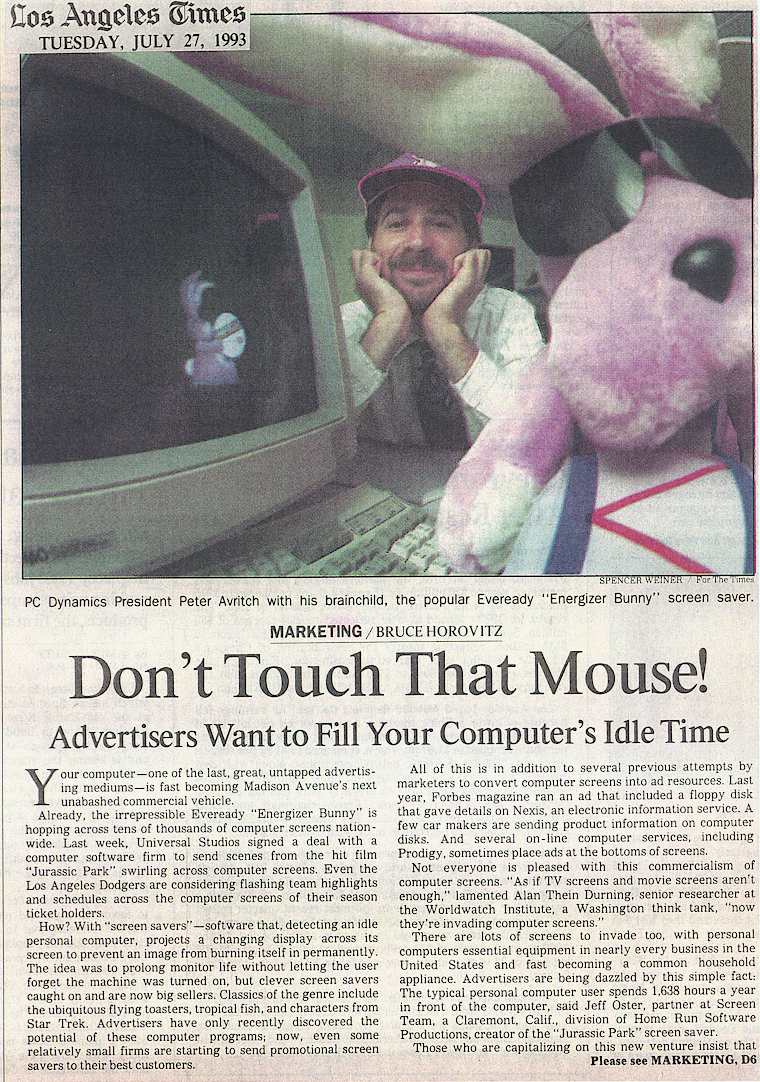 As much as Eveready was on board with this project, they were very protective of their famous mascot. They nixed any scenes of the bunny wearing a bandanna as well as the flaming arrow we had hitting the drum in the old west setting. They also required me to put in writing that the shark in the scuba scene would never take a bite out of the bunny. But my written promise wasn't good enough. They had their people stare at the final screens for hours on end to ensure that we hadn't done anything nefarious; and to my amazement, they managed to find every single Easter egg we had hidden in the code - some of which wouldn't show up for many hours.