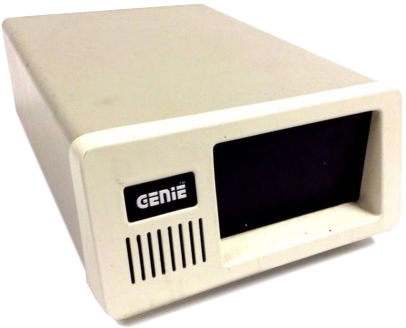 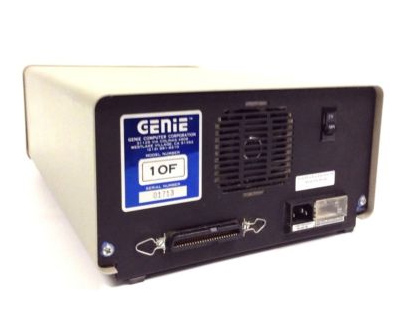 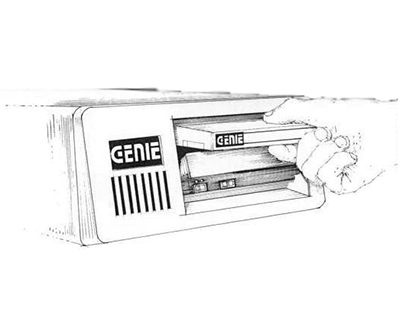 Mass Storage for Apple and IBM, Circa 1982

Back in an era when hard drives were generally new and had not yet come to personal computers, Genie introduced the 5+5 external hard disk drive for $3,995 -- 5MB fixed storage combined with a 5MB removable cartridge. No, that last sentence does not have any typos! The 5MB cartridges sold for $119.

At that time, for both Apple and IBM, the only storage devices available as original equipment were floppy diskette drives; however, the race was on with one or two competitors who we knew were also trying to connect some sort of high-capacity storage devices to personal computers.

We sourced our raw drives from a startup named DMA Systems in Goleta, CA, which had opened up shop just a few doors down from where I was working at ComDesign. I knew some of the people who worked there and was intrigued by their product. This was more storage than I had ever heard of -- I just had to have one of those things for my PC.

I was the president of the company and chief engineer. On a shoestring budget from an angel investor and with the help of a few friends, I designed the SCSI peripheral interconnect boards and embedded BIOS firmware for both Apple and IBM, created the external drive enclosures and related internal electronics; and most notably, hacked the Apple DOS and MS DOS diskette-based operating systems and implemented new software kernels in assembly language to make them work with these new mass storage devices.

Here are some of the magazine ads we ran in Byte and PC Magazine starting in the fall of 1982 to introduce the Genie storage line-up. My partner/investor was in charge of the marketing. 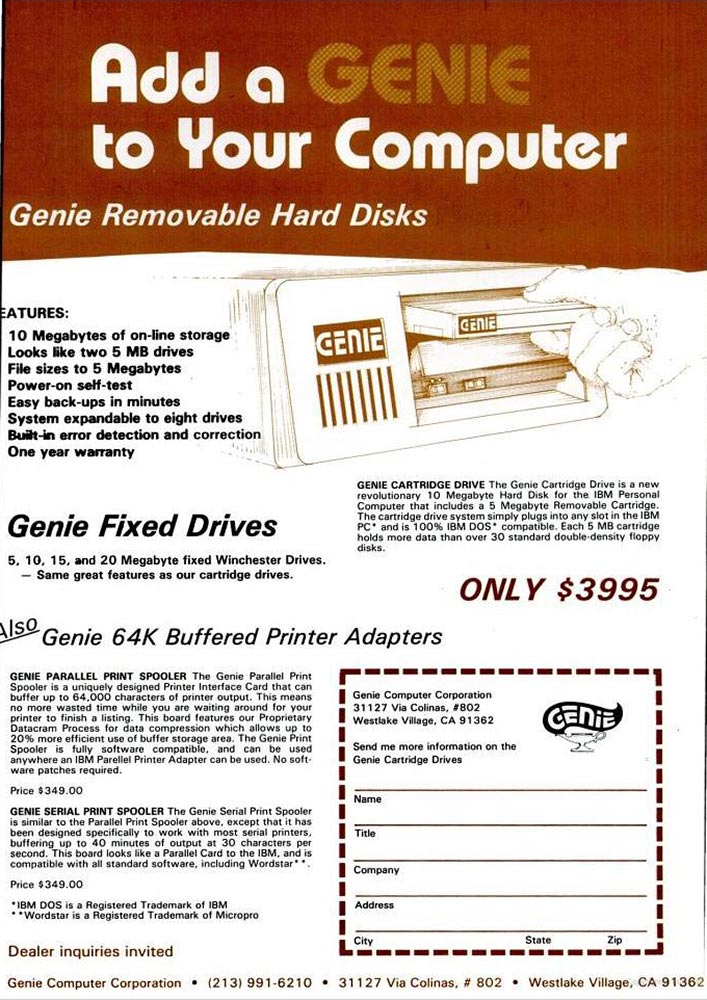 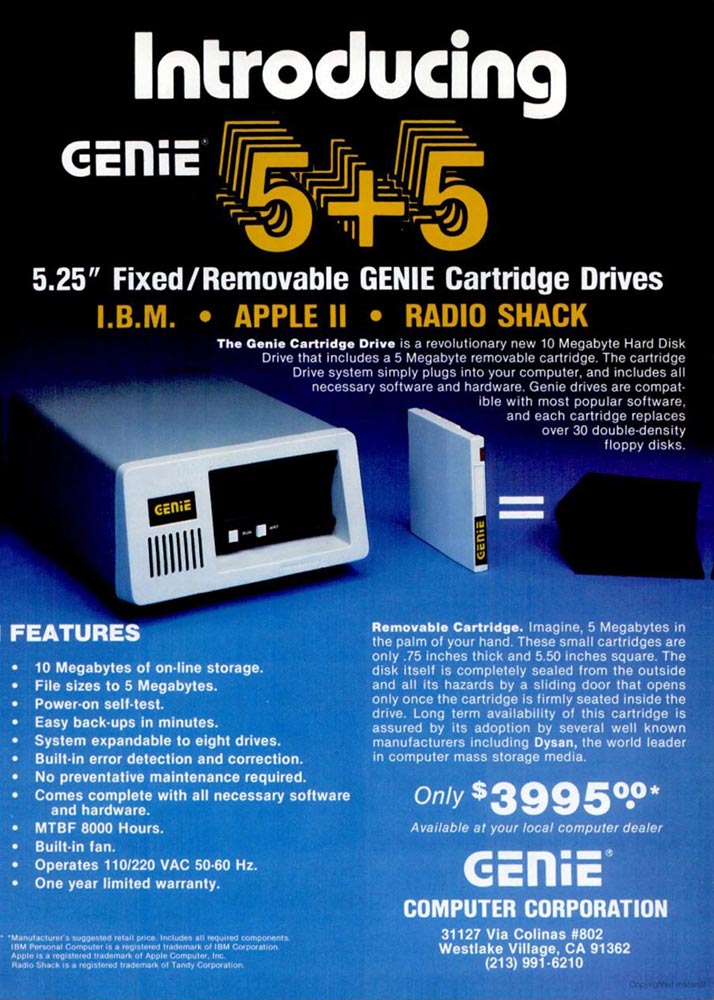 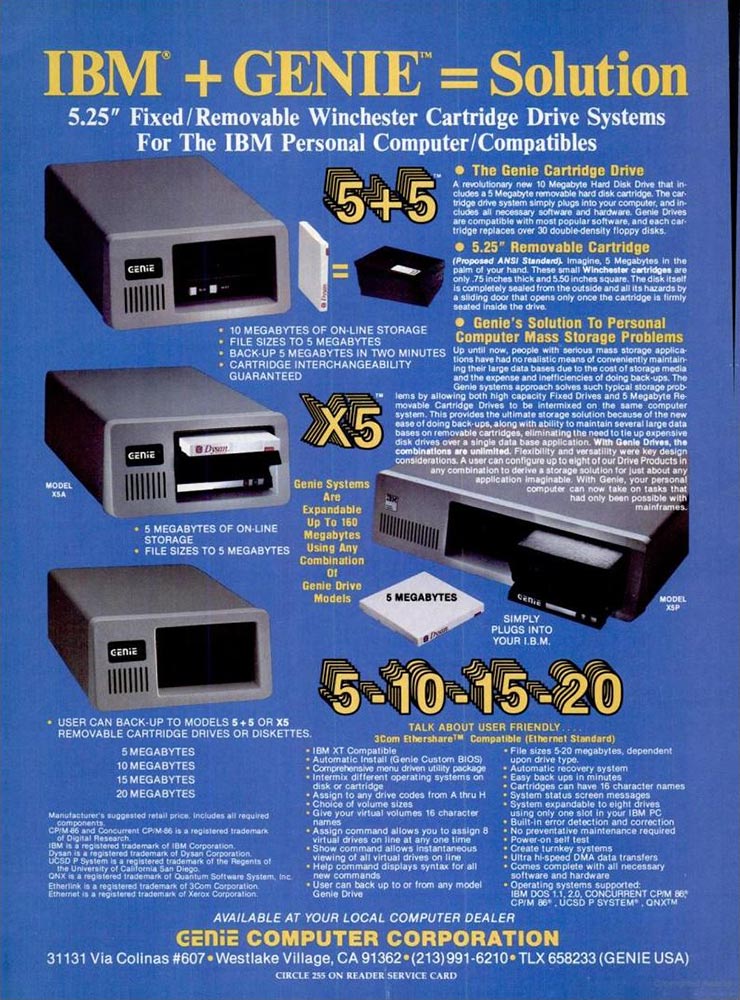 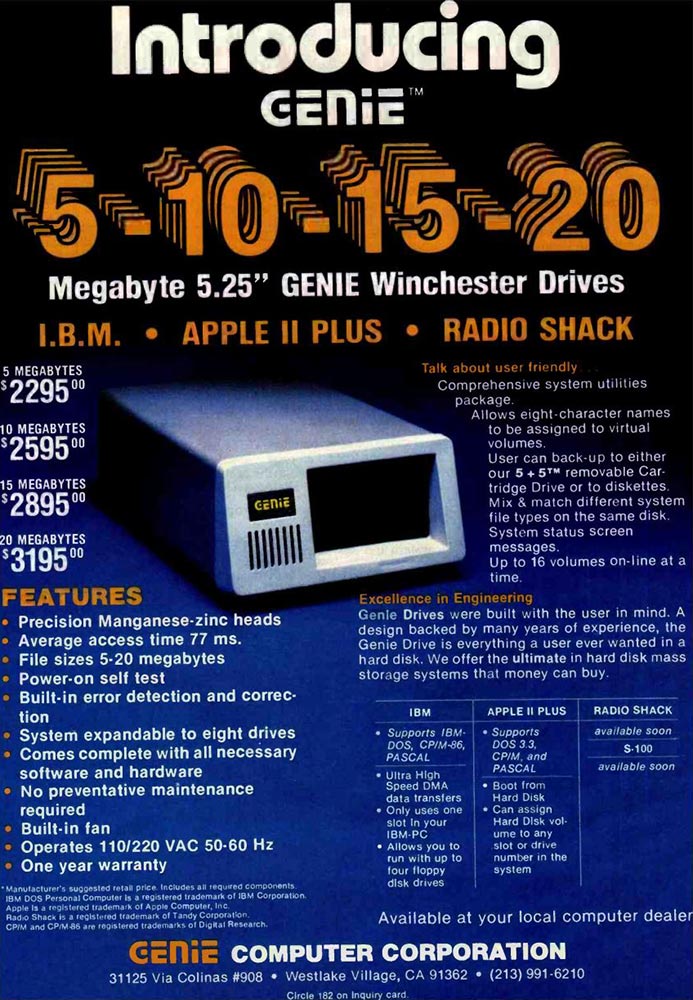 In early 1983 PC Magazine ran its first feature article on cartridge drives and compared our Genie product to the only other competitor at the time. I'll take "nearly perfect" any day of the week -- even if I have to share that distinction with my competition. 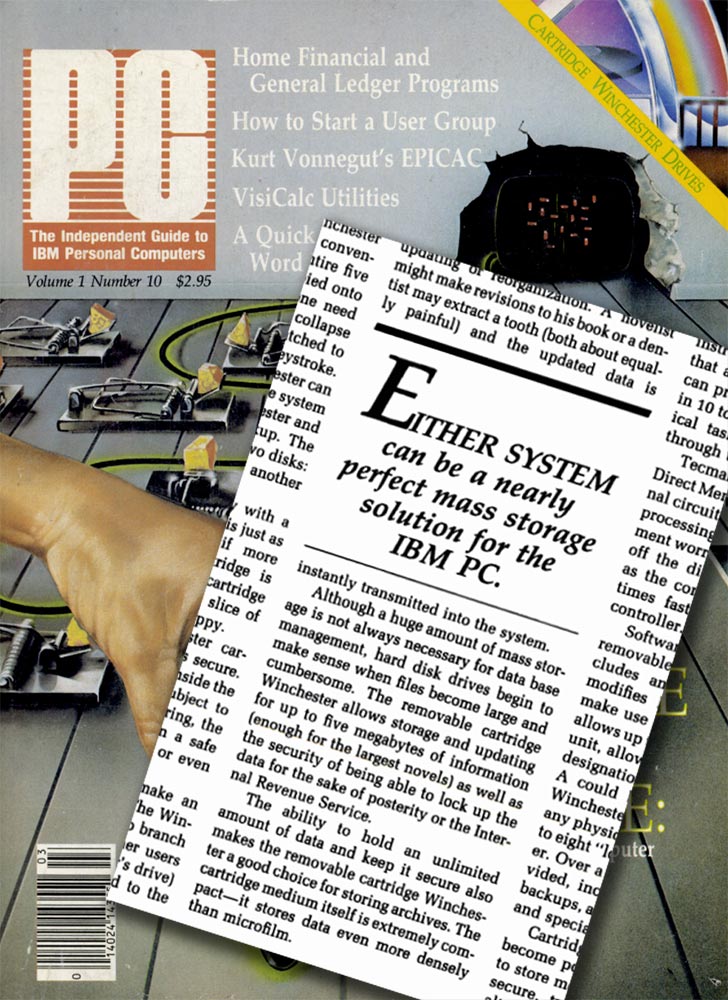 I paid $1,500 for the 5MB bare-bones hard drive used to create the original prototype.