I don't recall if I knew about it at the time, or maybe it was simply that Walt wasn't yet a big name, but 20 years after the fact I came to learn that Mossberg wrote kindly about MenuWorks in his now-infamous inaugural personal computing column in the Wall Street Journal.

For those not familiar with Walt's esteemed reputation, suffice to say that prior to his recent retirement, he had become the most-influential product reviewer in the industry through his highly-revered column in the Wall Street Journal which riegned supreme for well over two decades. Thank you, Walt.

And then a sweet epilog. Much to my surprise, when Walt wrote his final column prior to his retirement in 2017, MenuWorks surfaced once again when he included a clipping from his 1991 debut. 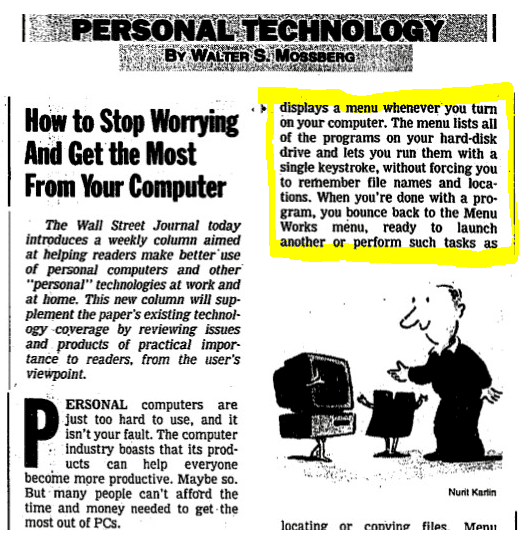 In February 2018, I attended the Startup Grind conference in Redwood City where Walt happened to one of the guest speakers. In addition to learning more about the current state of the startup world, I was hoping I might run into him in the hallways and grab an autograph; but we never crossed paths.

After returning home full of knowledge, but without an autograph, I tweeted about the missed opporutnity. Much to my surprise, Walt contacted me a few minutes later and asked where to sign! I thought a fitting conclusion to this tale would be to have him sign a copy of my tweet. 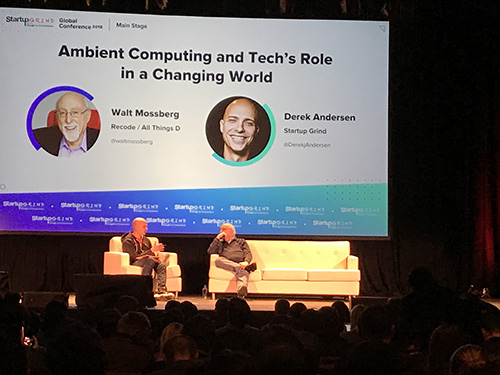