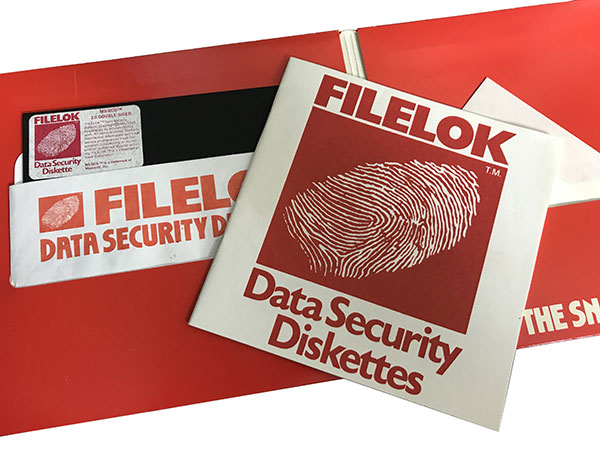 Filelok was the second product from Vault Corporation and was based upon the same diskette fingerprinting technique used by the company's popular Prolok copy protection system. Data stored on the diskette or a local hard drive was encrypted using a key made from the disk's unique physical fingerprint. To access the data, you needed to insert the fingerprinted diskette into a floppy disk drive.

Filelok was fully compatible with all popular business applications because the encryption operations were performed transparently under the hood by hooking directly into into the MS-DOS operating system.

Users could even back up their data to other disks or tape without compromising their privacy or security. And of course, the product included appropriate safeguards in case the fingerprinted diskette was lost or damaged.

As VP of Engineering and primary developer of this product, I created the transparent MS-DOS run-time environment which cloaked the data to be protected and married it to a fingerprint. The code was written in a combination of C and 8086 assembly language.

Vault's claim to fame was its patented diskette manufacturing process which used robotics and microcontrollers to infuse a unique random blemish onto the media which could then be consistently characterized using logic and math to yield a digital fingerprint which didn't change over time or undermine the quality of the media.

Filelok was promoted with a strong national advertising campaign which included many full-page color ads in popular magazines. 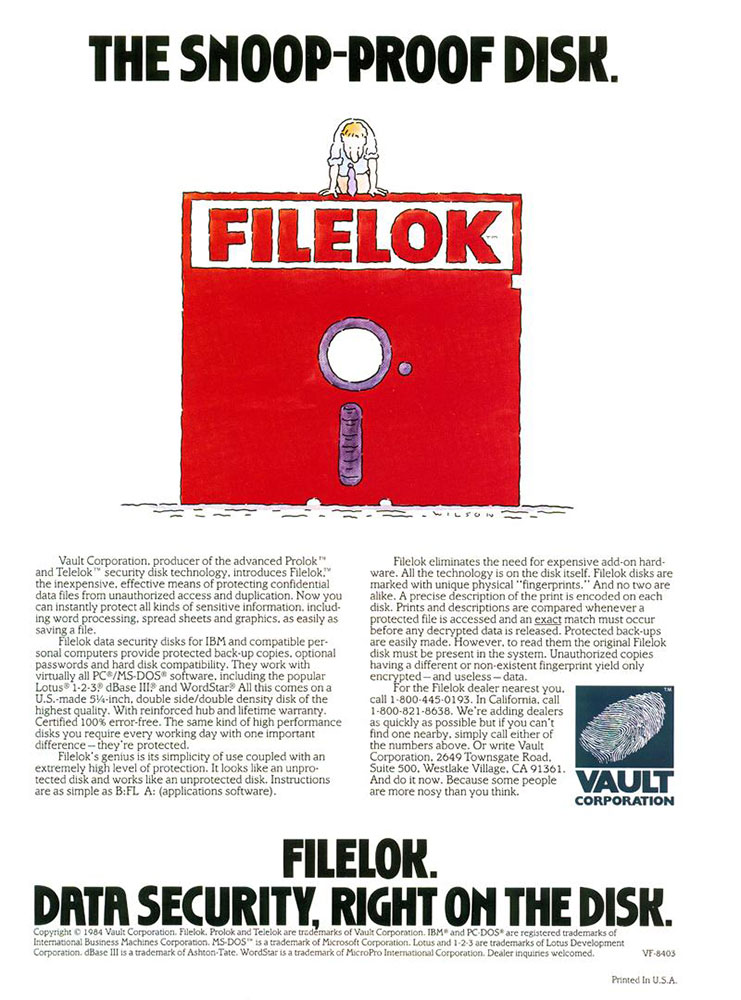