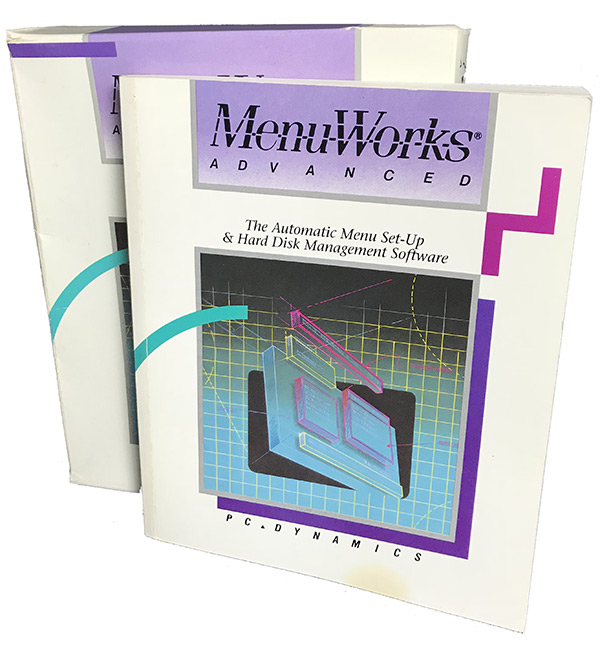 MenuWorks Advanced was the successor to the wildly-popular MenuWorks 2.1 which was introduced a few years earlier. This was a complete re-write from scratch using everything I had learned and the valuable feedback received from the first iteration.

This product was sold mostly in traditional computer stores such as Egghead, CompUSA and Best Buy. It was priced around $89. While this product had a great run for a bit, sales slowed with the introduction of Windows 3 and it was soon time to move on to other product areas. 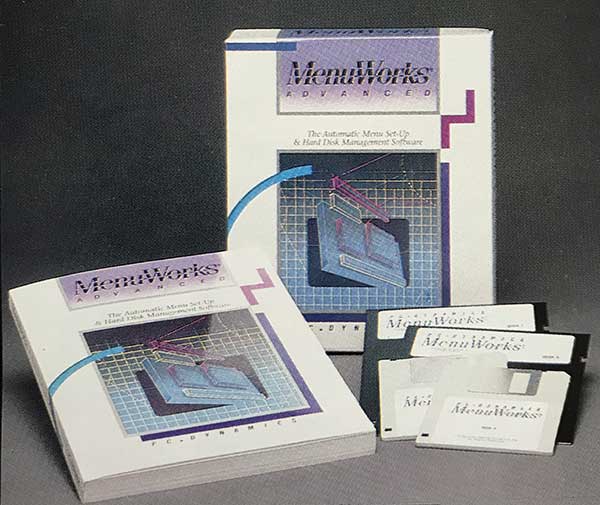 The longer-than-expected timeline to get this new version of MenuWorks out the door was due in part because because I was still short staffed and doing nearly all the sales and marketing in addition to coding. On top of that, our office also burned to the ground (due to careless maintenance workers) during the final days of development.

Quick to follow MenuWorks Advanced were MenuWorks Personal Edition and MenuWorks Total Security; giving a full line-up in this genre across all price ranges. 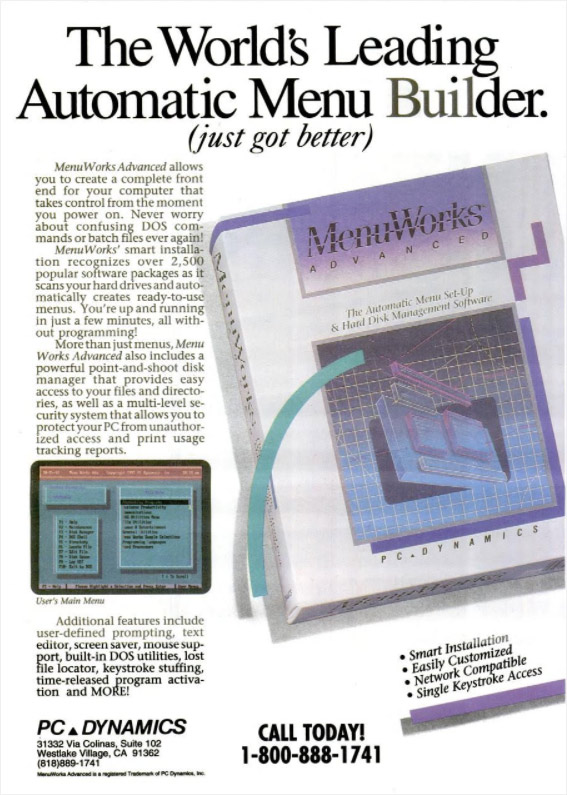 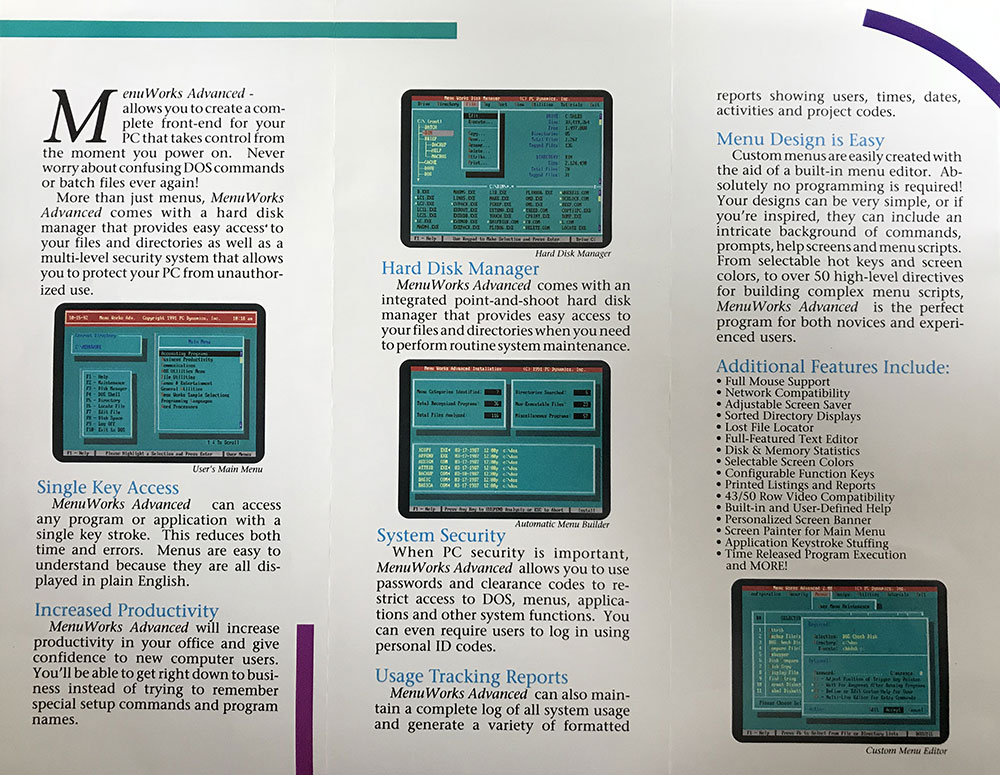 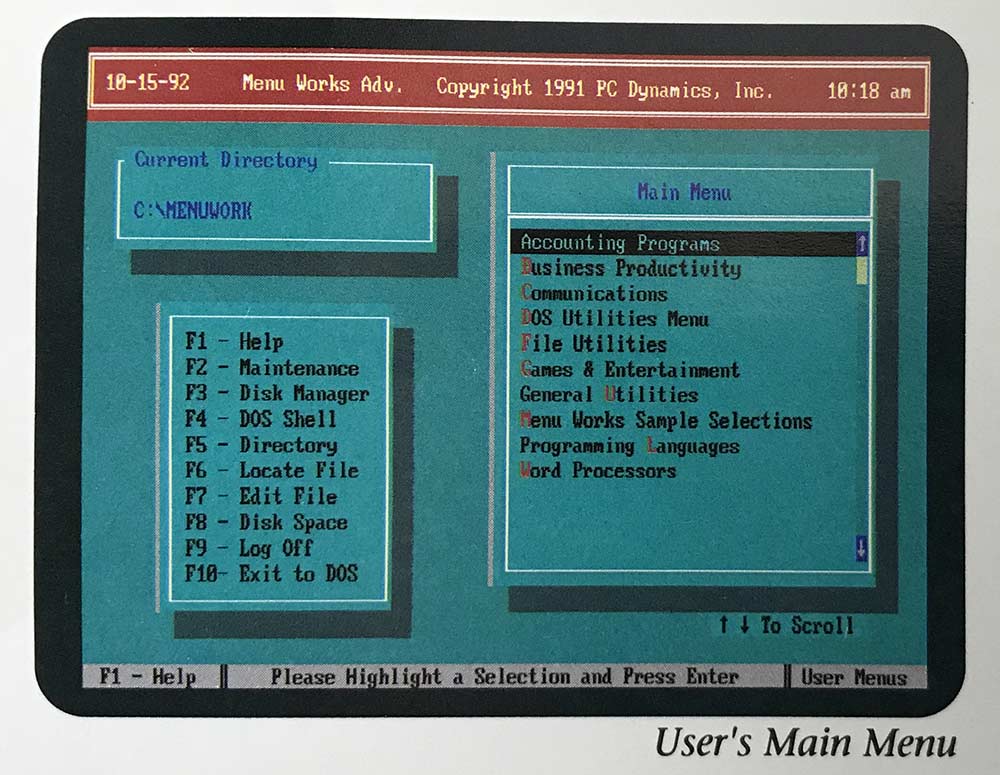 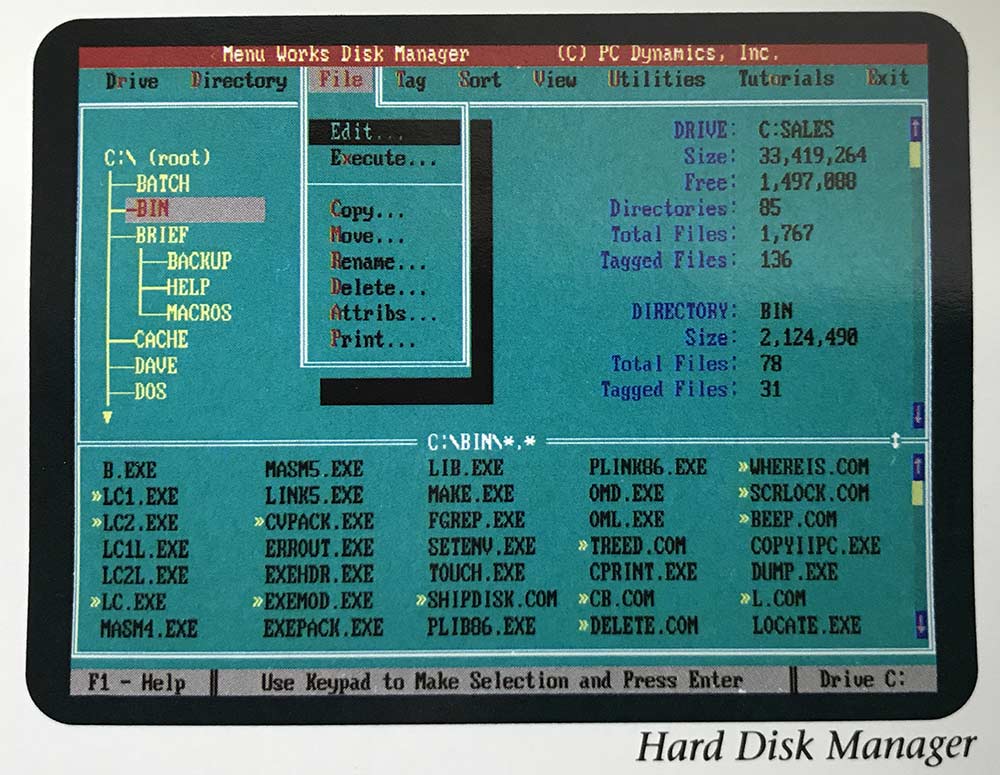 Nearly all coding and user documentation. The product was authored in C++.