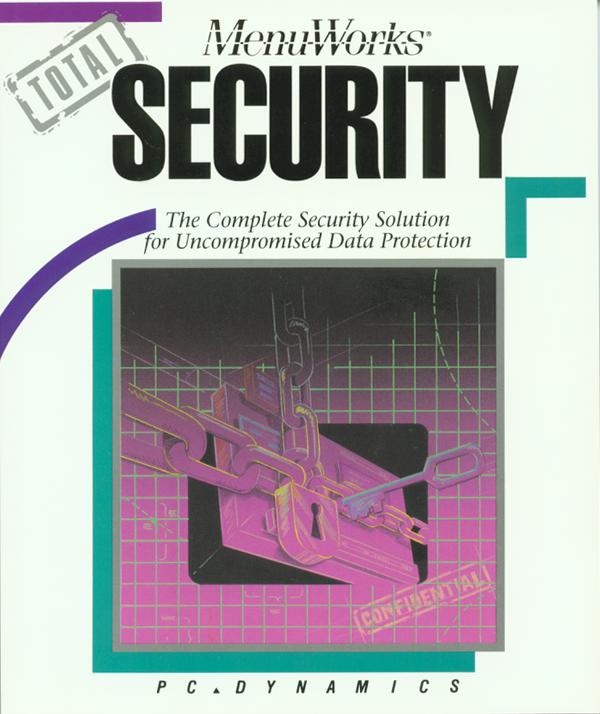 MenuWorks Total Security was fundamentally MenuWorks Advanced with access control and full disk encryption added on top. It was the perfect marriage of features, combining all user interface and related shell components into a single cohesive product.

Although the product was primarily intended for MS-DOS, all security features were implemented as low-level drivers which were compatible with both DOS and Windows.

As Windows gained in popularity the need for app launching diminished while the need for security and encryption expanded. PC Dynamics would later follow up with a strong Windows-only encryption line-up named SafeHouse.

Most coding and user documentation. The product was authored in C++.

The inspiration for adding access control and encryption to MenuWorks Advanced came when Zenith Data Systems wanted to include MenuWorks in the mix for a large Air Force contract they were bidding on. They faxed me the requirements and amongst the pages were specifications for disk encryption intended for a different vendor. I called them back immediately and told them I could create a new product which addressed both the application launching and the encryption requirements. They went for it.

Unfortunately, they lost the contract to EDS. It was the first large military contract they had lost in years.