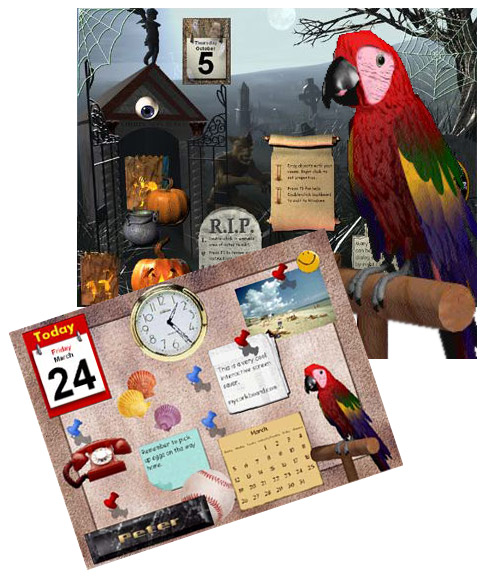 This was the pitch:

It's a screen saving, note taking, picture hanging, memo minding, almost organizing, calendar keeping, interactive bulletin board and much more! Nothing like it. Free download. Free registration. Lots of add-ons. Must be seen!

MyCorkboard was a monster hit. My servers could hardly keep up with the traffic and I was getting calls from the big shareware sites telling me to prepare for a new wave of traffic because they were about to feature us and they wanted my assurance I could handle the load. We had over 100 add-on modules; some free, some paid, with additional revenue coming from affiliate programs and a few sponsors.

MyCorkboard had literally hundreds and hundreds of drag and drop pieces of art, notes, clocks, calenders and animated gizmos. You could pick from dozens of name plates and type your name or schedule an alarm to beckon you with one of the animated cuckoo clocks. But there were two killer features that captured everyone's attention. The first was the fully-animated parrot that moved around on his perch and squawked. And the second was network pranks. You could throw an egg at your co-worker's screen, send flowers, or just blow it up with a stick of dynamite.

I lost track of how many downloads we had. I just know that it was well into the millions.

MyCorkboard's only limit was your own imagination. You could drag and drop any of the built-in gadgets or import your own.

Initially we were constrained to 256 colors since that was the common baseline when we started the project. As time went on, monitors evolved and we could start using more colors. 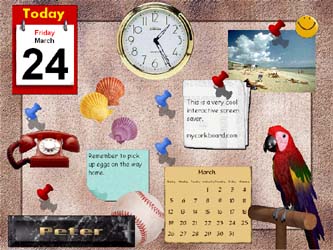 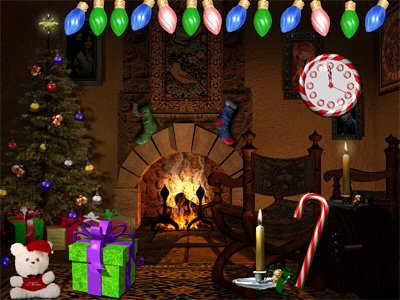 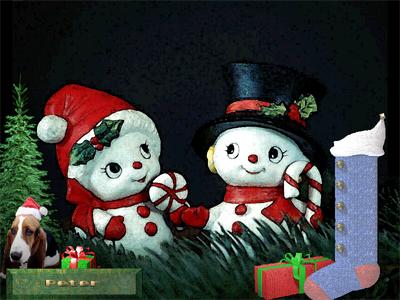 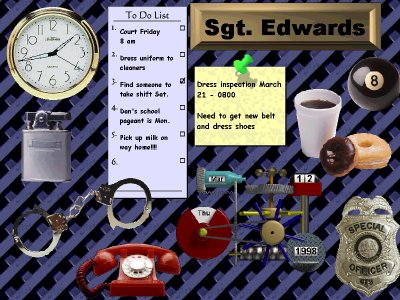 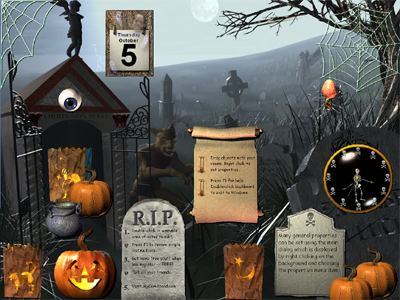 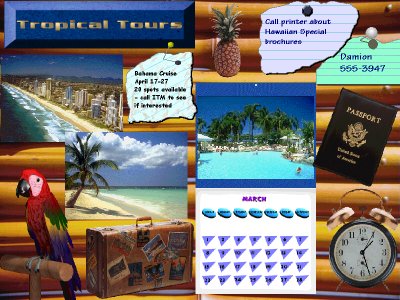 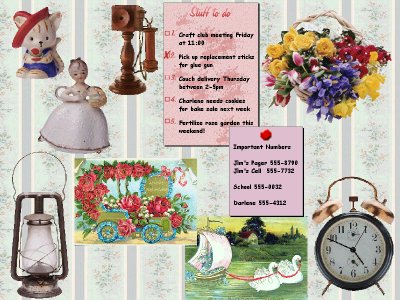 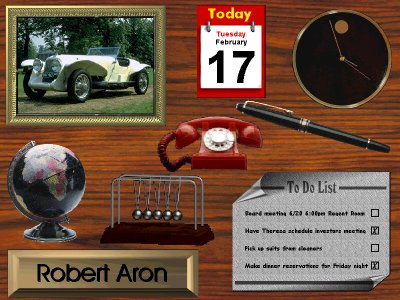 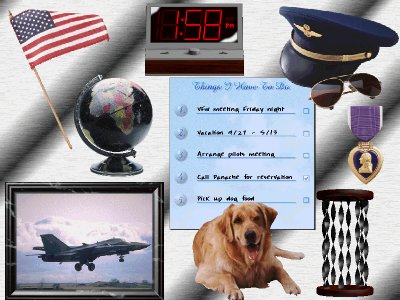 The motivation behind MyCorkboard was an invitation from a big office paper products company (starts with A) to present some software ideas that were synergistic with their products. I worked with my team for nearly a week to create some mockups that I was sure would blow them away. They hated it.

Forget the haters. We were so inspired by our own mock-ups that we built the product on our own and had an amazing amount of fun doing it.